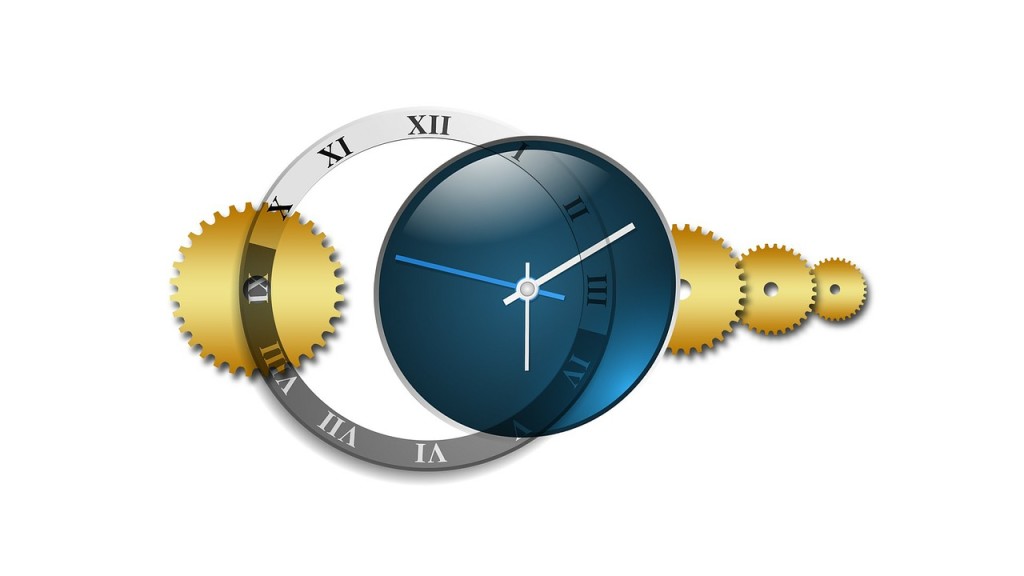 Note: For March, I’m writing about my lifelong struggle with procrastination. This post originally ran April 5, 2016. I have made minor edits below. This is part two of the series.

The first time I remember blowing off studying was in the 5th grade. I had a social studies test coming up. I knew I should study, but I just didn’t. It was springtime. I was busy playing outside and homework was boring.

When the tests were graded, the teacher hung up the A and B papers on the bulletin board. In the top row, I saw my friends’ tests with the As written on them. My test was up there, too, but in the second row.

I felt bad for maybe a half a second. I wanted be in the top row, too. But then I remembered that I hadn’t studied. I didn’t deserve an A because I hadn’t worked for it.

My kid brain quickly did the calculation: If you stay in and study, you can get an A; if you stay outside and play  … nothing really terrible happens at all and you can still get a B.

And that was the moment that I decided to be a B student.

From then on, my study philosophy could be boiled down to one simple phrase: Phone that shit in.

By the time I hit high school, my mother was regularly begging me to “just bring one book home … just one!” Holy Lord, was I cocky with my reply. “You can make me bring a book home, but you can’t make me open it.”

The poor woman gave up. Who could blame her?

And you know what happened? Nothing. My grades were mostly fine. I got a slew of Bs, peppered with some accidental As and an occasional C and one D — which was on a 22-page term paper, which I, of course, did not even start until about 2 days before it was due. Now that I think about it, the D was probably charitable.

Even then, I couldn’t figure out how I managed to eke out a respectable academic career with practically no effort at all. I rarely paid attention in class … I was usually off somewhere in my head, running through whatever my favorite daydream-of-the-moment was. I was forever asking people what we were supposed to do … if the teacher called on me, my response would likely be along the lines of “Huh?”

And it wasn’t that I was a genius brainiac, either. My older sister, who was two years ahead of me, got pulled into the gifted program in elementary school. I never did. Her schedule was AP-this, AP-that. I was in honors English, begged off of honors German (it seemed like too much work) and was just A-track with the rest of my classes. In the academic pecking order, I figured that I was at least a good one to two rungs underneath the really smart kids.

But it seems that there may be a perfectly reasonable explanation for why I skated through school without trying: attention deficit disorder (ADD).

The blessings that come with the curse

Turns out, maybe not. While ADD may be characterized by distractibility, it has a flip side: the ability to hyperfocus. That means people with ADD often thrive under novel circumstances — such as test-taking environments.

In my adult life, I suspect this hyperfocus comes into play when I’m interviewing and ghostwriting.  I get an adrenaline rush, I key in on the subject and we’re off … I think this is what allows me to write about unfamiliar subjects with authority.

Back in school, I was a test-taking ninja. I could sit down and deconstruct a test like a SWAT team member defusing a bomb.

OK, that might be over-selling it. But tests just made sense to me. The way questions were asked gave me a lot of clues as to what the teacher wanted … so I gave it to them. Then I collected my B and resumed the episode of Richie Sambora writes a love song about Trish that was going in my head.

So am I one of those annoying people claiming to have a “thing” in order to excuse my shortcomings?

Good God, people, I don’t know. All I know is that my debilitating, soul-sucking, self-esteem-murdering procrastination led me to take a closer look at my brain in the last year or two. And after all the regular strategies and “life hacks” and other tools could not cure me of this horrible affliction, I decided to look into ADD.

After endless Google searches and “Do I HAVE ADULT ADHD?” quizzes, I ended up reading a book about attention deficit disorder called Driven to Distraction.

There, I saw myself. In fact, I cried through several sections of the book. It explained a lot.

Before we continue, let’s address some of the elephants I’ve just invited into the room.

Yes, some people think ADD is bullshit. I acknowledge that there may be good reasons for this argument. I wonder if ADD is actually just a subset of what constitutes “normal” — if, in fact, more than 10% of the population has this, I don’t know that we need to describe it as an affliction. Maybe it’s just another flavor of ice cream in the Baskin Robbins selection of ways that brains function. Unfortunately, much of our very linear, color-in-the-lines societal structure just doesn’t play to the ADD brain’s strengths.

ADD v. ADHD: What’s the diff? Well, obviously, the H. It seems that girls may be less likely to have hyperactivity part. According to Driven to Distraction, an ADHD boy may seem disruptive in class, while an ADD girl may be staring out the window, completely oblivious to what’s happening in the classroom.

As with many things in medical science, attention-deficit anything has mostly been studied in how it impacts male humans rather than female humans. Once they added the H into the name, the diagnosis floated even further away from girls …

Why do I think I have it? This is an interesting question. I’ve had people argue with me over this, with the vague or non-so-vague insinuation that I’m using this is an excuse for anything I’ve dropped the ball on.

But let me tell you, this was not a label I was eager to slap on my forehead.

I actually didn’t want to think I had it. First of all, I didn’t feel like having people say things to me like “I don’t believe in ADD,” as if I were talking Santa or heaven or an oogedy-boogedy ghost.

Second, I was afraid that saying I had ADD would make me sound flakey and unhirable and immature.

Third, I wanted to think that I was “better” than having ADD. What does that mean? I’m not sure … maybe smarter or more together … ADD just seemed like a weakness or a scapegoat.

But in Driven to Distraction, I have to admit that I saw my life laid out before me. Sure, there was procrastination and distraction, but there was more than that. Some things that resonated:

Let’s talk about my dead father

So what causes ADD? There are many theories, but one that really made sense to me is that the brain has a hard time filtering out distractions.

Therefore your brain is just saying yes to everything all the time. It gets really cluttered, so it’s hard to find the important stuff.

And now, a tangential but hopefully illustrative anecdote …

When my dad died, we had to clean out his living space near his office (he took a job a few hours away and he and my mom would take turns commuting to each other on weekends).

Dear old dad was a bit of a hoarder. His space wasn’t unhygienic, but he had stacks of stuff everywhere. One stack might contain such unrelated things as a vehicle registration, receipts, newspapers, birthday cards, photographs of his grandkids, magazines, old Powerball tickets, and a manual to his latest new gadget.

I think that might be what’s going on in my head. There’s a lot of good stuff in there. Important stuff. But there’s so much other stuff that it all gets piled together. My brain says yes to everything and then tosses it all onto a thought pile.

I am a thought hoarder

Thought hoarding (I just made up that term like goddamn scientist, thank you very much) may be one reason why that TOTALLY AWESOME THING THAT I’M TOTALLY COMMITTED TO DOING will just sometimes vanish out of my consciousness … blown over by the sands of time or 18 expired Auto Traders.

And I think thought hoarding is a big reason why I procrastinate.

Because even if I can remember to do that TOTALLY AWESOME THING THAT I’M TOTALLY COMMITTED TO DOING, I’ll just put it off.

Because starting that thing will require me to dig it out of one of those piles. And certainly, there’s other stuff in other piles that will pertain to that … and there’s probably more stuff that I’ll need to find out, so that means bringing in more stuff and making the existing piles even bigger.

It’s exhausting. It’s a helluva a lot easier to watch The Real Housewives than to dig into that mess.

So what to do about all of this? From medication to meditation … I’ve tried lotsa things. I’ll talk about those next time.*

* Assuming I actually get around to writing it.

And now, a prayer:

You know the drill. Help me actually write the next one, mmmkay?