Days 16-24: The Price of Snow Days and Couplehood

Days 16-24: The Price of Snow Days and Couplehood 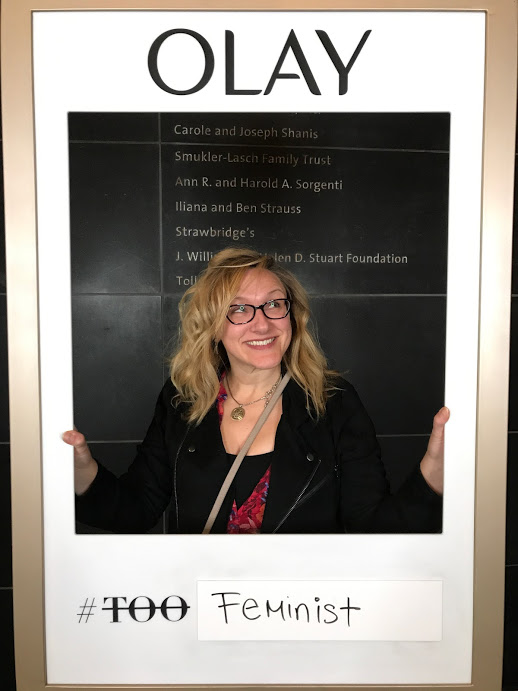 Note: I’m chronicling my experiment to get up at 5(ish) every weekday until the end of February.

Hey! It’s Day 24. You’ll notice I haven’t updated in a while … 10 days … gulp! Um … a grizzly bear attacked me on the way to a coffee shop and mauled my computer?

I haven’t tossed this experiment out the window, but I have had some challenges lately.

Apparently I’m not in control of everything

Over the last 10 days my kids have had 2 snow days, 2 two-hour delays, and 3 scheduled days off. (The superintendent is clearly trying to destroy me). I told myself that I didn’t have to get up at 5 on those days, because the point of this exercise wasn’t to get up at 5 per se, it was to get up before the kids. So 6 was acceptable. But the problem was that screwed up the rest of my schedule and ended up pushing the entire day back.

I also left work early one day to go to NYC last Thursday, and I spent a solid 1/2 day at the dentist with my son on Tuesday … and I’ve spent a lot of time playing chauffeur and wrangling kids while working. So I’ve been trying to catch up. On the days that I have gotten up early, I’ve been using that time to … work.

That was sooooo not the point of this exercise … to add another work hour to my day. Having the alarm go off early to go do something delicious like write for myself is one thing. Getting up early to write an interminable list post about online education (that, let’s be frank, no one is going to read anyway) is entirely another.

I am not a single mom this week

Also, Joe is away this week. This is where I’m supposed to lament being a “single mom” all week, right? I actually just had a big Facebook debate over this … and my hot take, after having actually been a real, live single mom for five years is that having my husband gone for a week and being an actual single mom are worlds apart. I will not belittle the burden that single moms have to carry by whining over having to drive a few extra carpools and cook a few more meals than unusual. Having to do some extra stuff does not make you a single mom, or even like a single mom, in the exact same way that doing hard physical labor for a few hours does not make you a slave. (I may have some opinions on this.)

But Joe being away has impacted me, mostly because I just miss him. Do I admit to missing him desperately? Good Lord. I do. I do miss him desperately. I just don’t like admitting it.

He left on Sunday, which was our one-year anniversary. He had to go to Portugal for work. I laughed about him having to flee the country after a year of marriage to me.

As I mentioned, we already had a delightful anniversary weekend. But on the train on the way home from that trip, I started reading The Pink Steering Wheel Chronicles. It’s a memoir by Laura Fahrenthold about bouncing back after the sudden death of her husband.

The book opens with Laura’s account of her husband’s heart attack. It is gripping stuff … because something sort-of supernatural happens in the middle of it … and because Laura’s husband was the main reporter uncovering the shady dealings behind the housing crisis and there was a lot of speculation that he had potentially been poisoned. He was in the middle of suing the Federal Reserve when he died.

So there I was reading about this on the Septa regional rail, on a gray February Sunday, wiping away tears and grabbing Joe’s arm and telling him he’s not allowed to die until he’s at least 90.

Can I miss my husband and still be a feminist?

And then he had this trip. This is the longest period of time we’ve been apart in 6 years. This is farthest distance we’ve ever been apart. And that damn book! I really internalize books, so I had to keep reminding myself that Joe didn’t die, he was just away. (The book is actually excellent and surprisingly funny. I highly recommend. Just not right before your spouse goes on a trip.)

And here, lovely blog readers, is the bitch of the whole damn thing: My armor is gone. Imagine the sound of a balloon deflating here. That’s my armor.

I was a fucking fantastic single lady. I rarely got lonely. I saw friends, I joined stuff, I took myself out to the movies and on hikes and on very long bike rides. I was excellent company for myself, even if I was just hanging around the house. I don’t know if it’s my DNA or if it was from traveling and spending a lot of time by myself in my 20s, but I rock at being alone.

It really bothered me that I was so thrown off the first few days he was gone. I kept thinking Am I dependent? Is that OK? Can I be strong feminist and still feel ooky because my husband is traveling? Is it just because I read that book at the total wrong time? What is happening to me?

Or maybe I’m just sad because my constant companion (we both work from home) and favorite playmate isn’t here. I miss him.

I always tell people that the price of admission to finding great love is that you’re going to get hurt. You’ll get rejected. Your heart will be broken, maybe more than once. Finding love is not a safe and comfortable thing.

I guess the other side of that is that, once you’ve found it, you’re vulnerable. Going all-in when you love somebody changes you. All the shit you built up to reinforce your single self gets slowly dismantled. You notice some of it falling away, but a lot of it just sneaks out the door when you’re not looking.

And then you’re part of something that matters deeply. This part of long-term love … I did not see it coming. It’s not bad. In fact, it’s fucking incredible. But it’s uncomfortable to realize that badass Trish, who took so much strength from being independent, has changed. It’s interesting to watch. I’m observing myself like a science experiment.

So … there’s today stream-of-consciousness post for you. Thanks for reading.