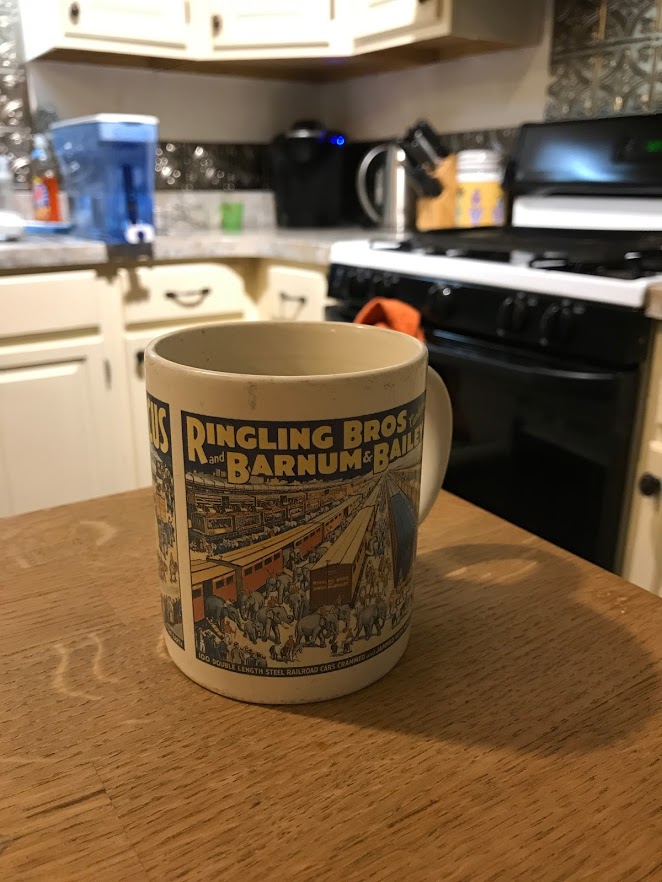 I’m groggy. So groggy. I had a 7-minute meditation and a half-cup of coffee before sitting down. But I made it. I’m here.

Why am I here?

I’m trying something. I’ll probably eff it up, like so many other things I grandly announce on this blog, but hey … fall down three times, get up four, right?

The simple concept is that I’m getting up early every morning to write. Yes, I’m a professional writer and write all kinds of other stuff during the day. But this early time is mine.

I want very badly to do this when the house is mine alone. Because once people are up, even if they’re not asking me for anything, I’m in mom mode. Oh crap, I forgot to sew Abby’s shirt … did Megan see that I got strawberries for her lunch? … is Joe going into the city today? I can’t remember … I should check the lunch calendar to see if Benjamin is buying …

Then once everyone is out the door, I’m in worker-bee mode and I feel wildly guilty about writing my own stuff so I won’t let myself fully sink into it.

I’m going to do this every weekday through the end of February. The goal is to get up at 5. I would love to get up later, even just a little later … but school starts so damn early and the three middle schoolers in this house are out the door before 7. The only time to write in the early-morning bubble of silence and solitude is before 6—before the first round of alarms start going off and the bedrooms start expelling the sleepwalking teenagers.

Somewhere around 4 AM, I thought about starting this experiment one day later. Who could fault me for that?

I need to keep this promise to myself. I need to do this no matter what. I need to demonstrate my commitment to making time for my own writing every single day, even if it’s just writing a not-very-well formed blog post. It’s developing the practice that I’m interested in. It’s setting the appointment and keeping it.

I’ve been meditating and exercising most mornings for the past few weeks. I set a time in the morning in which I’ve decided it’s time to stop helping kids and stop doing all the puttering I usually do in the morning (laundry, trash, emptying the dishwasher, folding all the blankets that are strewn over the couch from the previous night …). Then I go up to my bedroom, light a candle, and get quiet for 20 minutes. I do some journaling when I’m done. Then I exercise. (I’m doing the exercise part of 8 Minutes in the Morning.)

Just carving out that time and getting it DONE every day (or most days – I prob average 4-5 days per week) is so comforting. I don’t have that nagging guilt hanging over me that I’m not doing something I should be doing. I have felt happier. Better. Good.

And sooo many writers talk about setting an appointment with yourself. This is not a new concept. So many people I admire do/have done this. Yet I haven’t tried it.

But recently I heard Glennon Doyle talking about how she started writing consistently. She got up super early (at 4:30 AM, I think) and sat in her closet and wrote. Now to get up that early, you have to sacrifice something, right? That’s a life changer. She says that the thing she sacrificed was watching TV at night.

That was it. She laughed that that was the thing she had to give up because it seems both small (it’s just TV!) and large (but that’s the only time I have to relax!) at the same time.

I have given myself a 10 PM bedtime, so I can get 7 hours of sleep. It’s hard because, first of all, I really want 9 hours of sleep. Second of all, Joe and I like to hang out in the evenings and I waited so long for him that I want to spend every minute with him that I can. I hate cutting out time that has been “ours.” But after 10, we’re both getting tired anyway. I have to remember that it’s not super high-quality time. And I have to remember that in taking time for myself to do this thing that matters to me, I will be happier. Better. By being happier and better, I’m a happier, better person to walk through life with.

This is the thing that so many women screw up, right? I will remind myself that by taking care of myself, I am not taking time away from my husband and my family, rather I am refilling my own tank so I have more to give—to them and to me.

Note: I started writing this on January 29, 2019. My writing time evaporated before I could finish, so I never hit publish. I just gave this a fast proofread and filled out some concepts that were a bit huh? I’m posting this on January 31st, but I’m back-dating this to the 29th so I’ll have a record of when I started. #accountability