My Review of Hello Sunshine x Together Live

My Review of Hello Sunshine x Together Live 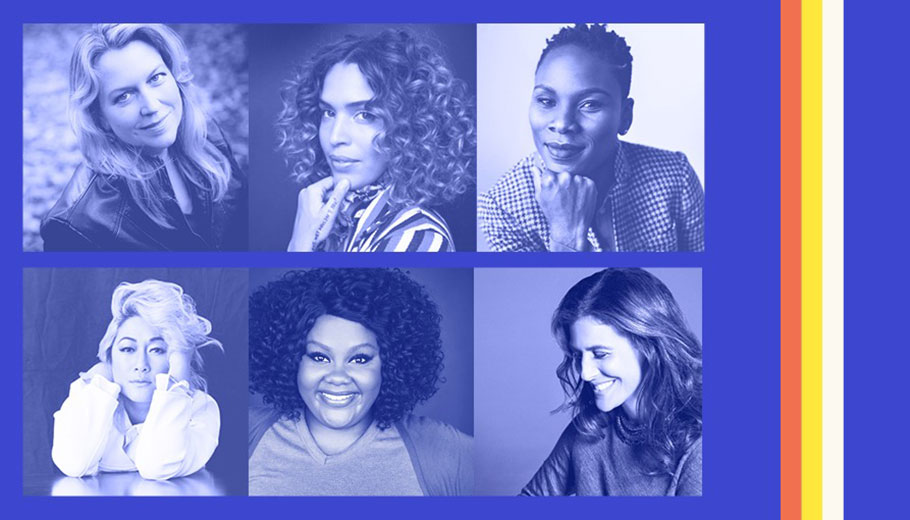 So I went to a thing on Sunday night. What I found funny about it, and what I still find a little funny, is that I spent $160+ for two tickets and I really had no idea what the heck I was going to.

I spoke to the women who were sitting next to me, and it turns out they didn’t know what they were going to either. Weirdly, though, we were all happy to be there.

The event was Hello Sunshine x Together Live at the Kimmel Center in Philadelphia.

My takeaway: Apparently, we women are so hungry for connection, community, and inspiration that we will spend money based on the vague promise of finding these things. That’s not a bad thing … in fact, it’s kind of cool. We are actively and unapologetically seeking the things we crave.

So what is it?

If you’re reading this, you probably have tickets in another city and you’re trying to figure out how to describe the thing when you tell people you’re going. I know I looked for info before I went and couldn’t really come up with much.

These two organizations have banded together to create a series of “storytelling events” in various cities. I am all about storytelling, but when I bought my ticket I still wasn’t sure what that was going to translate into.

What I was hoping for: an emotional journey built on laughter-through-tears that would make me want to march out of that auditorium thinking “WHERE IS MY FUCKING SUPERHERO CAPE? I hope it’s not in the wash because I need it now.”

What I got: some good takeaways. Some practical advice. A feeling that yes, women need to keep telling our stories. And also, a heads-up on some talented people I want to begin following. These things are all useful, if not quite the caffeine bomb of inspiration and motivation that I was looking for. But I get the sense that this event is still finding its legs, so I’m hopeful.

Who is on the tour

The list of speakers on this tour is pretty thrilling, even though not all speakers are at all the tour stops.

Brene Brown will be at a bunch of places, although she was not in Philly. Who doesn’t want to see this woman? She’s so full of everything good right now. If you have the opportunity to see her, don’t think twice, just go. She’s a shining light.

Glennon Doyle and Abby Wambach will be at several locations, but also weren’t in Philly. Glennon is my newly-discovered writer-buddy-whom-I-just-haven’t-met-yet. She’s also a fierce truth teller/activist. Her wife Abby is on the tour as well. She wasn’t on my radar screen until this past year when she gave the commencement address at Barnard College, which had women shouting FUCK YES! all over the country.

Cheryl Strayed was the marquee speaker in Philly. I adore her. Listening to her soothing voice made me feel like I was in a live version of the (now over! gulp!) Dear Sugars podcast. You guys, everything really will be OK. Cheryl said so and I totally believe her.

There are also a whole bunch of other vibrant women who are doing exciting things. Learning about them is definitely a selling point of the event.

The stage set is like a living room, with a keyboard up front that was used by the luminous MILCK, who opened the show. (More about her in a minute).

All the speakers, minus the surprise celebrity guest, sat on the stage the whole time. They each took a turn out in front speaking. Once (or maybe twice), the moderator asked each of the panelists to answer a question.

I think the goal was to make it feel like a conversation between the audience and the speakers, but the old conversation balloon never quite stayed in the air. It seemed like there was an opportunity for, if not collaboration (because everyone is busy and has their own lives and careers), at least a little more interaction … since many of these women come from a different disciplines, a mixed-media sort of thing would’ve been sweet.

Maybe on another night things would’ve felt a little more cohesive. I went on a Sunday night on time-change weekend. The show didn’t end until around 10, which actually felt like 11. Plus, the tour had been in Boston the night before, so it was probably a travel day for most of speakers. Maybe the energy was a bit low. I mean, shit happens. Live shows depend on a lot of variables. Maybe if I had gone on another night, I would’ve gotten the full-body inspiration jolt that I was looking for.

The event was emceed by Jennifer Rudolph Walsh. In real life, she’s a high-powered literary agent. In her capacity as emcee, she kept things moving along and acted as the fangirl-in-chief. She exudes an air of “HI EVERYONE! SEE ALL THESE FUCKING COOL WOMEN? YOU’RE PROBABLY FUCKING COOL, TOO. LET’S BE FUCKING COOL TOGETHER.”

The first performer of the night was also the last. I had never heard of MILCK before Sunday but now I’m a fan, baby. Her last song of the night, “I Can’t Keep Quiet,” was so good that as she was singing the last lines, I found myself thinking “WHEN CAN I GET OUT OF MY SEAT AND GIVE THIS WOMAN A STANDING O?” I was riding her vibe and feeling the shit out of all of if (“I’m a one-woman riot … “).

Then she asked everyone to sing with her and I was like NOOOOOO! Not that!

Did I mention that it Sunday night after 10 on the time-change weekend so it really felt like after 11? Her voice was so raw and powerful and I just wanted to hear her and not my squeaky lameass voice and I was worried that was how she was going to end the song and ruin the feels I was having … but she brought it back home solo. Thank God. THEN I got to jump out of my chair and clap my fucking hands off.

Check her out, peeps.

Cleo Wade was next up. She asked us to close our eyes as she read a poem and had a friend provide some vocals. I didn’t feel like closing my eyes, to be honest. I get rebellious when I’m asked to do stuff in crowds, but that’s always juxtaposed with me wanting to be a good, obedient audience member. Because if someone is on stage, I’m pulling for them. I want them to rock out with their cock out, or whatever the equivalent of that is for a female poet. In any case, Cleo called it right. Eyes closed was the way to take her poem in. I wish I remembered more about it … but the title has leaked out of my brain.

Luvvie Ajayi, a blogger, writer, and a whole buncha other things, talked about speaking truth to power. I got a lot of takeaways from her. This is my fave: If we can’t speak the small truths, like “That marketing campaign is not going to roll out well,” how can we trust ourselves to speak the big truths? Truth it up, people. Amen to that.

This resonated with me, especially at a time when I’m feeling pretty combative and sometimes wondering if I should just STFU up a little more.

Uma Thurman was there as the surprise celebrity guest. I can’t remember if they said “celebrity guest” but the intent seemed to be to wow us with the contact high of a BIG NAME ACTRESS. I did get the momentary buzz of “Oh, Uma Thurman is sitting, like, right there,” but I have to say that even though she was the biggest star there, she did not shine very bright compared to all the other vibrant women on the stage. And listen: I like her as an actress. But all the other women there had built creative platforms on their own. They had a message. Uma’s portion of the evening just felt like a fawning celebrity interview. It didn’t fit the night. (Sorry, Uma. I’m sure you’re busy googling your own name this morning and will be crushed to read this on page 9,852 of your search results.)

Nicole Byer is a name I recognized but couldn’t remember why. Then I realized she is the host of Nailed It, a show my daughter loves. Byer makes that show watchable. She did a few minutes of standup and was just as charming as she is on the show. (Seriously, that show would be sunk without her. But she is a delight.)

Then my girl Cheryl came on and she talked about courage and clarity. I wanted her to talk for an hour. Or two hours. But she didn’t. She also didn’t show up at my house for coffee Monday morning, which was weird because I was pretty sure we were BFFs now that we had spent all that quality time together. Also, she has liked my tweets on at least two separate occasions, so what am I supposed to think? Oh wait. I think it was me liking her tweets. In any case, we’ll have to reschedule.

So overall, was it worth it? The series is good, but I think it’s still figuring out what it wants to be. I’d go again, but I’d probably select tickets at a lower price point.

There are a lot of seats in the $25-$40 range in other cities, which include Washington D.C., Toronto, Ann Arbor, Chicago, Cincinnati, Minneapolis, Austin, Fayetteville.

If you go, drop me a line and let me know what you thought.

We Are Going Deep: Procrastination and ADD

We Are Going Deep: Procrastination and ADD