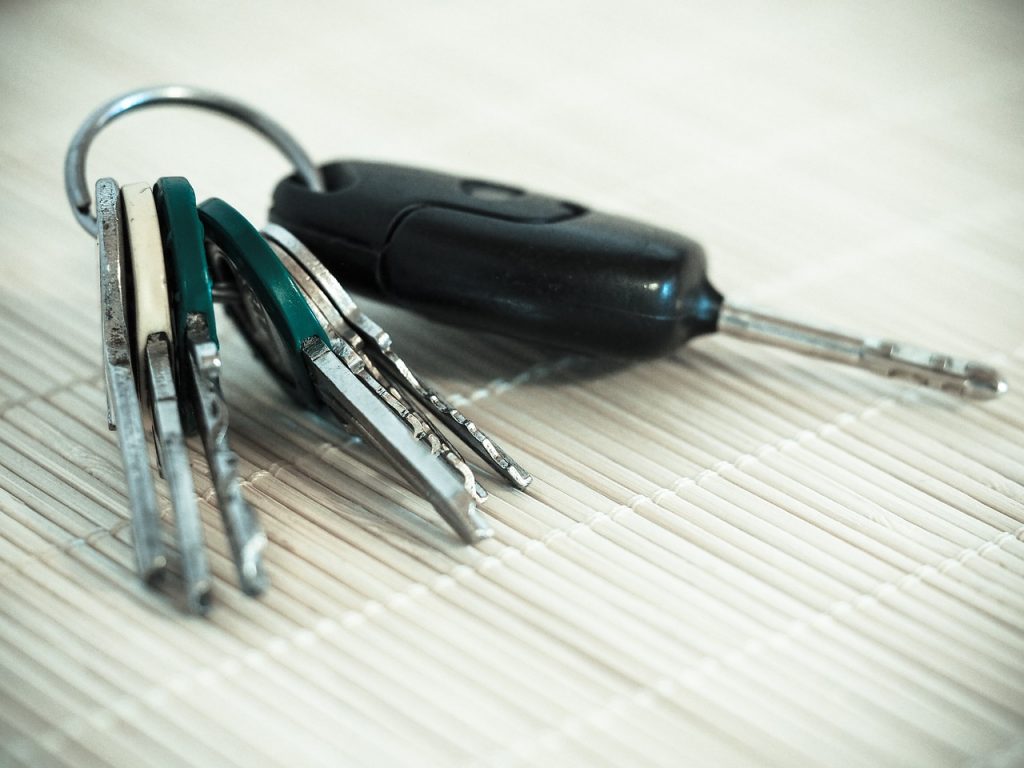 Joe loses his keys constantly. And his wallet. And sometimes his phone.

Except that whenever this happens, he turns into a vile, snarling, doom-creature and stomps around the house yelling that his keys/wallet/phone are missing … and that is usually followed up by some blanket declarations about how we need PLACES to put our STUFF.

The dramatics of these episodes would lead you to believe that he wants help looking for his keys. Stomping. Yelling. Going up and down the stairs and out to the car 84 billion times. If you’re a bystander, it all sort of screams “WHY ARE YOU JUST STANDING THERE? HELP ME LOOK! AND BESIDES IT’S PROBABLY YOUR FAULT I LOST MY KEYS/WALLET/PHONE ANYWAY!”

In saner moments, Joe swears he’s not blaming anyone else and that he’s really just mad at himself … because he is a smart person and how can a smart person have this much trouble keeping track of their keys/wallet/phone?

It’s true. He’s very smart. I love his brain. It’s also true that he can’t keep track of his farking keys to save his life.

So I have l learned that when Joe is having one of these … attacks … to just ride it out. In fact, I have decided to be charmed by it.

Remember the scene in Good Will Hunting where Robin Williams talks about his late wife farting in her sleep? He then proclaims, “That’s the good stuff.” The good stuff of a long, loving relationship … when you know all the good, the bad, and the ugly … all the parts that other people don’t get to see. That is the good stuff. Although, I may have to disagree about the farting …

Why? Because it means this guy is NOT perfect, after all. He’s so productive and studious and conscientious and dependable that sometimes I feel like “DUDE! GET A FLAW!”

Not perfect after all. Yaaaaasssszzzz!

And am I perfect? Ohmygoodgawd, please.

I’m pretty sure I have Attention Deficit Disorder (without the the “H”). I’m very, very weird and very, very moody. I tend to get goofy at just the wrong time all the time … like at bedtime when Joe is trying to wind down and all of a sudden I feel like poking him or steamrolling him off the bed (which never works) or giggling about something funny we were talking about an hour ago.

Last night when he was gathering his stuff for bed, I started in on him … I can’t remember what I was going on about, but I was definitely rolling with a bedtime episode of the The Trish Show. He just silently picked out his PJs and did not make eye contact (in a vain attempt not to encourage me), while I did the equivalent of bouncing all around the room like Daffy Duck and saying ridiculous things.

Finally I just stopped and laughed. “I know I’m a pain in the ass. I must get on your nerves so much.”

He smiled and said “Not at all. I have decided to be charmed by this. Just like you’re charmed about my keys. There’s nothing you could do that would get on my nerves.”

According to Trish has moved – and I need your help!

According to Trish has moved – and I need your help!