The BEST ADVICE You Can Ever Give Your Kids: Don’t Procreate with a Jackass

The BEST ADVICE You Can Ever Give Your Kids: Don’t Procreate with a Jackass 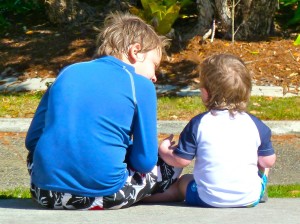 We try to give our kids the tools to live happy, successful lives. But here, I believe, is the BEST ADVICE you can ever drill into your children’s brains and we just don’t say it enough:

Don’t procreate with a jackass.

You can use different words when imparting my suggested advice, but I think “jackass” covers it so perfectly. That term can include big, dumb bullies who suspect that they might be incredibly stupid but are actually too idiotic to be sure, or even manipulative, porn-addicted, hooker-loving, cheating SOBs.

So maybe jackasses are your thing. If so, I should probably clarify: You can date a jackass. You can even marry one. Just don’t have a baby with one.

Why? Because you know who jackasses hang out with? MORE JACKASSES. So if you cavort with one jackass, you can probably count on a giant parade of jackassery walking through your life forever, even if you dump your jackass.

YOUR jackass will marry/knock up ANOTHER jackass and then they’ll BOTH be your problem. (Because you know the partner of jackass isn’t anyone who’s ever going to shut the fark up about anything.)

How to Spot a Jackass

If we’re going to teach our kids about the dangers of jackasses, it’s important that we show them how to spot these douchebags early on, yes? Here are some things to look out for:

But I will. I’ve already had the sex talk with one of them. I have committed myself to saying what needs to be said. I know that I won’t know everything they do when they leave the house. I know that I won’t know everything that’s going on in their social lives. But I’m sure as hell going to have some conversations about what a quality relationship looks like — and what it doesn’t look like.

I know they’ll probably tune out a lot of my life advice. But “don’t procreate with a jackass” is pretty hard to forget. I’m counting on it.

Important note: This post was inspired by true events, but I should be clear that none of these events pertain to me or anyone in my domicile. So chill already.